Last week 65 travel agents and two journalists from TTG and Travel Biz turned up at Gatwick airport ready to embark on Barbados’ Mega Fam to celebrate the 65 wonderful years that British Airways has safely carried UK travellers to its paradise shores.

In partnership with TTG, Barbados Tourism Marketing Inc. and British Airways ran a competition for travel agents to win a place on the fam trip to explore and experience the island in all its glory. Siren hosted the media along with a group of 20 excited agents, on the trip.

The group was split across three luxury hotels including Turtle Beach, Seabreeze Beach House, and the recently opened The Sands Barbados. 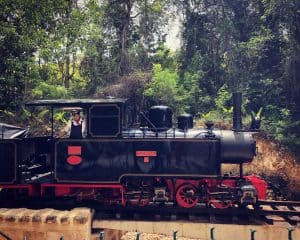 After touching down on the scorching tarmac, the group were straight into their busy itinerary, from the Island Safari, heritage railway tour and cave explorations to site visits of a diverse mix of hotels on island. The trip encompassed all the best bits of Barbados and showcased the plethora of activities available. Barbados is a favourite for winter sun seekers but it has so much more to offer than simply sun, sand, and sea.

On Friday morning the agents were hosted by Sandals resort where they took part in a mini trade show, this was a great opportunity to meet all the hotel partners, receive all their news and updates and create lasting relationships from which they can move forward and sell the destination in the future.

The Barbados Olympics was one of the highlights of the week, agents and media battled it out in a race of their choice; either taking to the waves for a 100m swim, running a mile on the open road, as well hitting the countryside tracks for a 5k cycle; and for the adrenaline junkies, the obstacle course at the Barbados Ninja Throw Down put them through their paces.

The final night saw the agents dancing the night away with rum in hand and soca beats pulsing through the air as they sailed the sea on a catamaran cruise.

By Sunday night no one wanted to leave and our Siren was left knocking on hotel doors and scouring rum shacks for all her wayward sheep.  To the disappointment of the agents, and the relief of our CEO, the trip returned all heads accounted for and not one extra stowed away in a suitcase.

Got a destination that needs representation? Give us a call

Here’s the latest round up some of the stories that have caught our eye during the last week from our key trade media.

Just click on the headlines below to find out more about each story.

Big Hospitality:
Why restaurants should employ the over-50s

The Caterer:
Women in catering earn more than men, but at the top divisions remain
Plastic straws and stirrers could be banned by 2019

Skift:
What the travel industry can learn from the best luxury brands
Female business travellers impacted by safety concerns
Royal Caribbean banks on revenue boost from tech rollout
Tourism as a force for good in Thailand

What is luxury? I am fairly confident that if you asked 100 people, you would get 100 different answers. To some, it would be having the time to appreciate the small things in life. To others, it would be related to space and freedom, whilst others might describe luxury simply as the ability to indulge in the consumption of material goods. If even defining the word luxury is hard enough, imagine trying to find a phrase or description that successfully describes luxury travel – well, I can tell you now, it is almost impossible.

Last week, Siren Comms_ was invited to the first ever TTG Luxury Summit to cover current trends and opportunities in luxury travel, putting a wide range of topics under the spotlight to challenge the sector on what it needs to do to stay relevant in an ever-changing environment.

The full day’s itinerary mixed thought-provoking keynote sessions from the likes of Ben Fogle, Elegant Resorts’ Lisa Fitzell, Lydia Forte of Rocco Forte Hotels and Dr Antonia Ward, plus moderated panel debates and interactive audience sessions. For the first time in this format, the event was held in association with Siren’s client Celebrity Cruises as headline sponsor – all part of the build up towards the launch of their first new ship for 10 years, and the maritime embodiment of the concept of ‘modern luxury, Celebrity Edge, just weeks away. 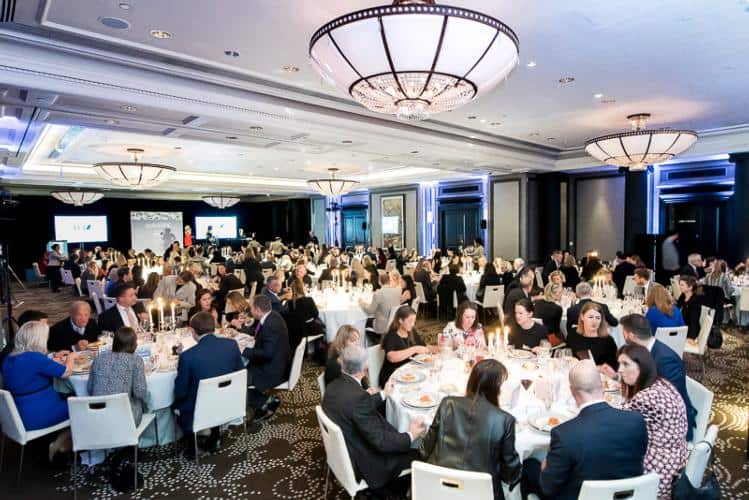 The main findings, trends and updates from the day can be seen below, with the most important point for luxury businesses being the need for adaptation – change is the only thing that is inevitable!

Our advice to clients and industry advocates is to remember that while the 21st Century definition of luxury means it isn’t what it used to be, it would seem that people are far more driven by personal events and experiences now than material objects. So an industry like ours that trades in the creation of experience should capitalise on the advantage it has.

Here’s the latest round up some of the stories that have caught our eye during the last week from our key trade media.

Just click on the headlines below to find out more about each story.

Skift:
Travel across North / South Korean border could soon be a thing
2019 looking like a landmark year for major travel IPOs
Google looks to solve the pain points in package travel search

Every week, we aim to round up some of the stories that have caught our eye from our key trade media, and share them here for your reading pleasure.

Just click on the headlines below to find out more.

TNOOZ:
– US consumers more willing to share data than Europeans

THE CATERER:
– Food and drink prices to rise post-Brexit, say suppliers
– Pret to include all ingredients on labels following fatality

Celebrity Cruises gets closer to the Edge, and reveals Apex news_

Last week, Siren’s Celebrity Cruises team was busy as we worked with our client to deliver an exclusive ship yard tour of their new ship Celebrity Edge, in Saint-Nazaire, France for a hand-picked group of top-tier trade, consumer and cruise specialist media from the UK and Ireland. Little did they know that, while there, they would also be the first to learn that the next ship from Celebrity Cruises’ Edge Class series, Celebrity Apex, will be launched and be named in the UK in April 2020.

Our group included representatives from The Sunday Times, Mail Online, Sleeper Magazine, Travel Weekly, TTG and the Daily Telegraph, and fellow journalists from across Europe and the US. They were hosted on their tour of Celebrity Edge by Richard Fain, Chairman and CEO of Royal Caribbean Cruises Ltd, and Lisa Lutoff-Perlo, President and CEO of Celebrity Cruises. They were shown Edge’s Stateroom with Infinite Balcony and twin-level Edge Villas, the swimming pool deck, Eden restaurant and The Spa, and the ship’s iconic, world-first Magic Carpet cantilevered dining space which hangs over the side of the ship itself. Throughout the day, they were immersed in to the thinking behind the transformational design of the ship, and Celebrity Cruises’ signature ‘modern luxury’ reimagination of a holiday at sea.

Their tour also included a reveal of the Grand Plaza, the final signature component of the Celebrity Edge experience by Jouin Manku Studio, and the beating heart of the ship’s  design story. This immersive space will embody the heart and soul of Celebrity Edge with the aim to completely transform the way guests connect to the world at sea.

Two such significant announcements inevitably created a lot of buzz in our target media. Breaking across social media, the news was picked up by The Daily Telegraph Online, Travel Weekly and TTG in minutes, with local Southampton-area media also running it through the day. Coverage has continued since, meaning interest in Edge (and now Apex) remains high as we get ever closer to the official inauguration later this year. 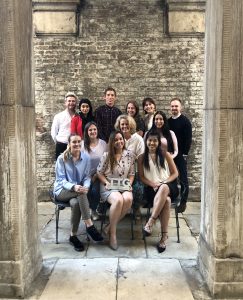 Launching the Rough Guide to Accessible Britain with Chris Packham, for Motability Operations