Should We Stay Or Should We Go?

Brexit is currently the hot topic on everyone’s agenda, but the question is what does the PR industry think and how should we advise our clients on the matter?

We attended a PRCA panel on the EU Referendum last week chaired by Danny Rogers, editor-in-chief of PR Week and the room was filled with PRs from all disciplines, including both agency and in house communications professionals.

But should we, as PR professionals, be encouraging our clients to take a public stance and would it really make a difference? One of the points raised was that consumer-facing companies should not comment on controversial debate unless it is business critical, as they will lose customers and can also annoy staff and shareholders.

Marshall Manson, CEO Ogilvy PR UK who was on the panel, commented that the PR industry is ‘cowardly for not taking a stance’ on Brexit which he described as a ‘once in a generation political moment’.

We have all seen one company who has decided to take a public stance in favour of the leave campaign, Ryan Air offered ‘Brexit special’ prices for flights to the UK on 22 and 23 June to allow British expats to get home and vote in the referendum.

With clients in Europe, an unstable British economy and visa requirements, the effect that leaving the EU would have on the industry are endless.

Looking at the campaigns on both sides, 64 per cent of respondents in PR Week’s survey said that the campaign to stay in the EU has been stronger than the leave campaign.

As the media is at the heart of what we do as PR professionals it is important for us to look at their stances on the debate. A recent study by the Reuters Institute for the Study of Journalism found that the Daily Mail included the most pro-Brexit articles followed by the Daily Express, Daily Star, The Sun and the Daily Telegraph, with the most pro-remain articles were found in the Daily Mirror, the Guardian and the Financial Times. But are the newspapers’ views relevant in the debate? A point made at the PRCA panel was that the newspapers reflect their readers’ bias instead of leading them.

Our advice is that it depends on your business, no one size fits all. We’ve recommended some clients stay quiet and some to reinforce their stance depending on the nature of their objectives. 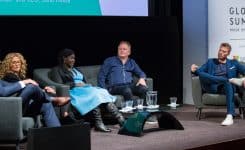 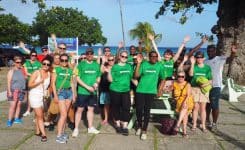 blog_, business_, client news_, out and about_, photo_ 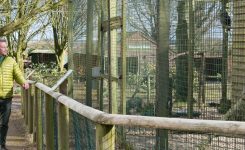 Don’t Throw The Baby Out With The Bath Water...