A Crisis of Trust at the ABTA Travel Matters Conference 2018

Last week, Siren Comms_ had the pleasure of supporting the ABTA Travel Matters Conference, held in the impressive surroundings of the Royal Society of Civil Engineers building in Whitehall.

Under the auspices of discussing travel’s ‘new horizons’ the audience heard from a range of speakers and panel discussions from the CAA’s view on Heathrow’s Third Runway, to some fascinating insights in to the machinations of those in the Westminster bubble. ABTA CEO Mark Tanzer also delivered what were subsequently reported as ‘harsh words’ to the government on its Brexit inertia, but the general coffee break consensus was that the industry shouldn’t be relying on the Maybot’s Brexit bulldogs for clarity in the near future and must instead fend for itself.

However, the most interesting session for me was that which examined how brands sustain relationships of trust with their audiences at a time when that concept seems more fluid than ever. Headed by the findings of Edelman’s latest trust barometer, we were told that only a third of the population have any trust in key social institutions – politics, the business community – way below the 50% minimum threshold of when they can consider themselves ‘trusted’. Corruption, scandals over pay and special interests, and perceived hypocrisy, head a litany of grievance. That situation is made more challenging by the fact that the organ those institutions rely on to maintain a link with their audiences – the media – is itself suffering a crisis of trust thanks to the explosion of fake news, the prioritisation of clicks over credibility and the hijacking of social media by the voices of dissent. Around a third of respondents to Edelman’s research said they didn’t trust the media, 33% are consuming less news than a year ago and 19% avoid it altogether.

To paraphrase Danny Rogers, Editor-in-Chief of PR Week and one of the panellists, the collapse in trust in leaders and institutions can be traced to their lack of authenticity – which has then been accelerated by the febrile atmosphere of social media.

Pretty bleak listening for any brand owner or those in positions of power, and another signal that organisations who get their Purpose right, and which underpin a commitment to that with values to which they remain faithful – and who act to improve things when they go astray – will be the winners in the long run. That is, customers will only allow themselves to trust organisations which they can see believe in why they do what they do – and while that house of cards takes time to build, it can be very easily collapsed. As we’re finding. 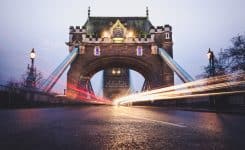 The World Of PR, Is It Absolutely Fabulous? 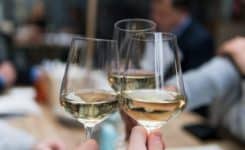 Brands And Influencers, Working In Harmony