The Barbados Horticultural Society has won yet another Gold Medal at the highly prestigious Chelsea Flower Show in London. This latest stellar performance means that Barbados has now won a total of 20 Gold Medals, 11 Silver-Gilt and 1 Silver over the course of 35 years at the Chelsea Flower Show, including a remarkable current sequence of 32 consecutive appearances.

The outstandingly high level of success consistently achieved by the Barbados Horticultural Society would be commendable at any level of competition, but it is truly exceptional in the case of Chelsea, which is widely regarded as the Olympics of the horticultural world with the highest and most demanding standards.

In choosing this year’s theme, The Charter of Barbados 1652, the group knew they were setting themselves a major challenge to recreate that nebulous concept as an attractive floral display. Mounted on a 20’ x 20’ standalone platform that visitors can walk around, the flamboyant floral display surrounds a wooden façade, made in Barbados by Anthony Roett, to depict The Mermaid Tavern in Oistins where the Charter of Barbados was signed, complete with a table and a replica of the Charter.

The high standard of the flowers and foliage this year is exceptional, featuring a blaze of reds and purples, created with Prince of Darkness, Volcano and Richmond Red Heliconias, Anthuriums, Stralitzia and Orchids, along with ‘flaming coal pots’ of Exotica and Crotons, and ‘market trays’ of Tropical Ornamentals such as Pink Pineapples and Purple Bananas.

An important secondary role of the Barbados exhibit at Chelsea is to promote the island as an attractive place to live or visit. With that goal in mind, the BHS, well supported by the Barbados Tourism Marketing Inc, Virgin Atlantic and other corporate and individual sponsors, has undoubtedly done an outstanding job of spotlighting Barbados to a massive British and international audience. In addition to the approximately 160,000 people who will visit the stand throughout the week, Barbados can benefit from the huge amount of media coverage that the Chelsea Flower Show always attracts.

This was particularly evident during Monday’s special Celebrity Day, when Barbados was very well represented by the ever-popular Ainsley Harriott, the UK’s iconic TV Chef, along with the celebrated British author and journalist Hunter Davies, both of whom are longstanding visitors to the island. Distinguished Barbadian guests included His Excellency Milton Inniss, the Barbados High Commissioner to London, and Cheryl Carter of the BTMI. Some extra flair was added to the Barbados exhibit by visits from several other UK celebrities, including Baroness Floella Benjamin, singer/actress Elaine Paige, celebrity chef Marcus Wareing, and TV presenter Dani Sinha.

The tremendous ongoing success of Barbados at the Chelsea Flower Show is very much the result of a great collective effort, whereby many people willingly share their skills and resources. This most recent Chelsea Gold Medal is another laudable example of how Barbadians can achieve truly world-class standards when they work together as a team. 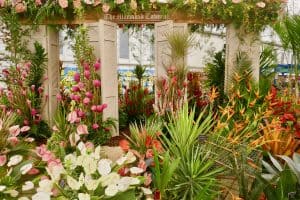 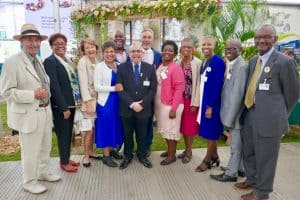 Here’s the latest round up of some of the stories that have caught our eye during the last week from our key trade media. Just click on the headlines below to find out more about each story. 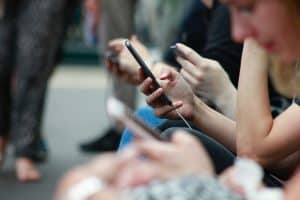 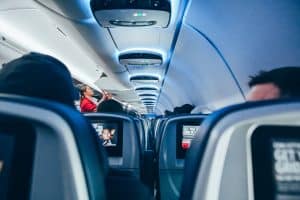